This is the start of a new series on in-game decisions. The goal here is to introduce aspects of play players might not consider, and to approach those aspects in the most skilled way we can.

Today we’ll be looking at choices our opponents make. Specifically we’re interested in making sense out of  opponent’s strange decisions, as well as approaching spots where we don’t know with certainly what our opponent is planning. 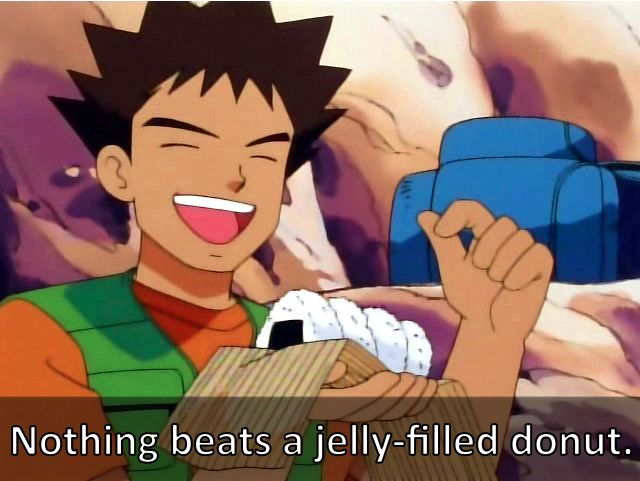 Strange decisions are any of those plays where our opponents do things that appear to be misplays, or at least highly questionable.

To better understand these spots, let’s first work backwards a bit and consider misplays themselves. Essentially, misplays are when players mess up: forgetting to attach, not figuring out their prizes, bad attacking choices, and of course game play errors. Except for game play errors, which are purely illegal actions dealt with under the penalty guidelines, misplays are tactical and strategic failures.

Next, it’s time to analyze all the relevant information we have at our disposal and actually get to the heart of our opponent’s decisions. Regardless of the actual play your opponent made,  the way you handle this is actually quite complex! To illustrate this, let’s use a simple example:

You are playing against a deck – any deck – which is popularly assumed to run at least two Parallel City, a Stadium that can limit your Bench. You’ve spent the better part of the last two turns anticipating and preparing for Parallel City, taking care not to overextend your Bench. Then comes a moment when it is without a doubt 100% guaranteed and 100% obvious for your Opponent to play the Parallel City…yet nothing happens. What gives?

In these spots I think it’s helpful to play detective, and consider as many reasonable theories as possible. In this case, I see five main explanations:

A. They misplayed at some point;
B. Something is prized;
C. Something is up with their list;
D. Other; or
E. Some combination of the above answers. 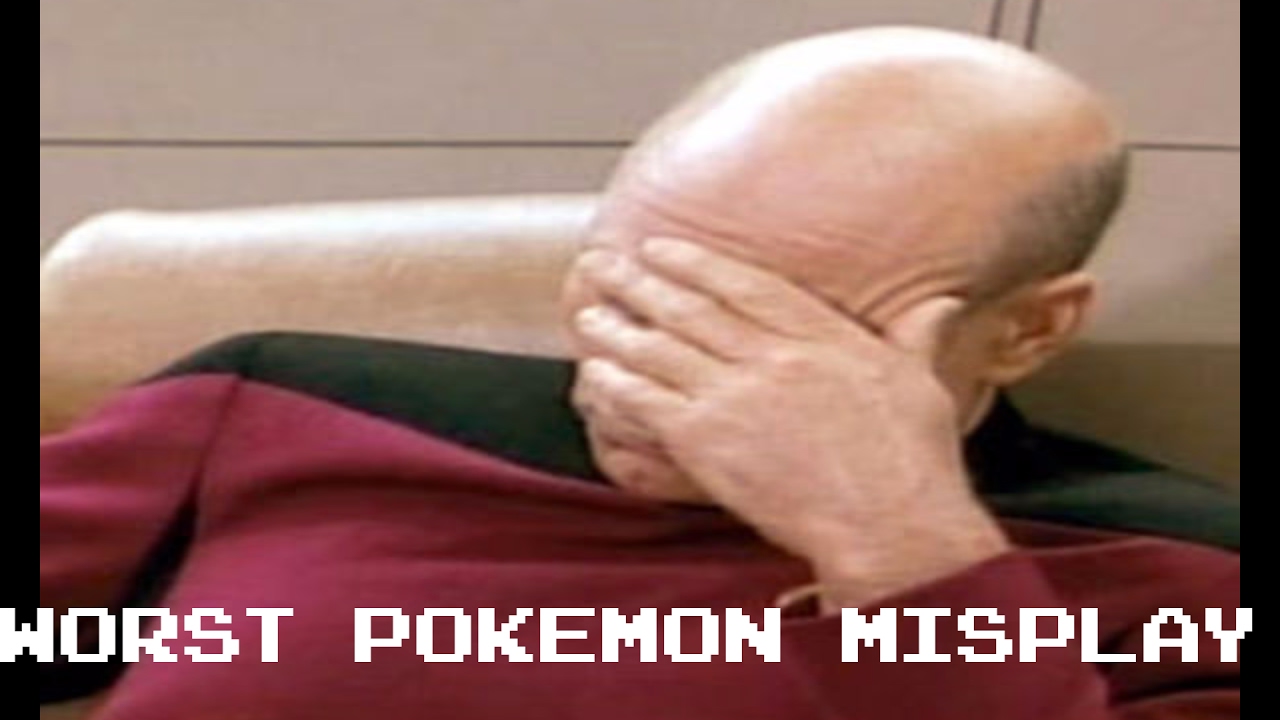 -A is the heart of our conversation in this sub-part, and is usually the simplest answer in general. That’s because it takes a great deal of talent, intuition, and experience for someone to always arrive at the right choice in every situation. In short, your purely average player is surprisingly likely to screw up or miss the best “beat” on playing Parallel. Yet you shouldn’t in turn screw up your response to their screw-up, as there is such a thing as being overconfident. If you start playing overly aggressively and placing Benched Pokemon that make you increasingly vulnerable to Parallel, your Opponent might suddenly catch on to their own misplay, and then wisely correct their course of action. It’s usually in these positions where I thank my lucky stars, progress my board state to a point I couldn’t have against a top-level player, and keep playing carefully.

-B, on the other hand, is the simplest answer when going up against a strong player. Don’t for a second start assuming that strong players are incapable of misplays – even the best players make embarrassing, well-documented mistakes. But in the example above, the most likely reason a top player isn’t going to execute the best, most devastating move is due to not having the right tools at their disposal. So if any Parallel Cities they might play are prized, you might in turn be right to play a little more aggressively, maybe benching a Pokemon you wouldn’t have risked putting down earlier.

But what if your “good player” opponent did in fact make a misplay? And when should you play aggressively on one assumption vs play conservatively on another assumption? Here’s where you get to exercise your independent judgment a bit more, especially since top-level players are famous for redeeming their misplays with incredibly clever tactics and strategies. In spots like these, you can reasonably revert to the “careful thankfulness” described in point A, and maybe wait a while longer to get really aggressive.

Oh, and one last note: Your opponent can say and do many things, but they can’t outright lie to you about a particular card being prized. That’s called gamesmanship, and can result in a DQ.

-C is a little more interesting, but unlike A or B should not be your default assumption. Conventions exist for a reason, and in our main example it’s kind of goofy to assume your Opponent runs zero Parallel Cities when the deck in question almost always runs it. But it does happen, which is why you should defer to C when you have actual knowledge: either you’ve played previously, have been informed by a trustworthy source, or saw their list on Pokemon.com the night before the top cut. I love these spots because when you know your Opponent doesn’t run something, you can play a lot more freely and aggressively. Of course, this depends on the reliability of your knowledge.

Then there are deck list errors. Except in spots where you have actually heard explicitly that the deck list error occurred, these are totally random events and should not phase you, even if they result in “ex-post mistakes” of your own, or decisions that are only mistakes after having complete information. Unlike normal misplays, ex-post mistakes are nothing to feel embarrassed about, and usually just a part of the luck involved in a game like Pokemon. Case in point, I’ve actually lost a game before because I assumed my Opponent was running an Ace Spec in his Eelektrik deck. Imagine my surprise when it turned out his Ace Spec was removed due to a deck list error!

-D could be anything else I haven’t considered. The universe for strange decisions is vast and potentially unlimited, which is why I’m really interested in seeing both here and on Facebook some strange decisions your opponents have made that don’t fit nicely into A, B, or C.

-Lastly, E is when any of the above points mix and match. This is way too complicated to address in today’s article, so I’ll only do it if there’s really huge demand for a direct sequel to this topic…or possibly just lots of fun hypothetical situations. 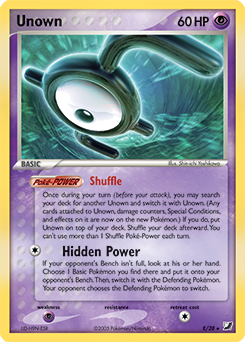 Unlike the “Strange Decisions” section, nothing is strange about these spots – you simply don’t know what your opponent has done or will be doing with absolute certainty. It’s in these spots where players are rewarded for good predictions, and are likewise punished for bad predictions as well as a lack of interaction.

Despite the universe for strange decisions being quite large, the universe for unknown decisions is even larger. These include deck search options, starting Pokemon, prizes drawn – lots of many tiny little blind spots where your opponent is doing things you will very rarely know with certainty. Nevertheless, approaching the purely unknown is actually easier than trying to interpret openly strange decisions. The approach I used is as follows:

1. Try to stay out of the unknown as much as you can. Knowledge and good memory about lists remedy a lot of otherwise unknown situations, and in some cases this even happens with starting Pokemon. Last season, “quad Lapras” was a deck where the most common starting Pokemon was – you guessed it – Lapras-GX! Although this particular deck evolved to include a tech Wobbuffet-GEN, you would still always at least have the knowledge that the most likely starter was Lapras. Just know the deck, and your prediction/decision-making thrives on that knowledge.

Experience is also a guiding force when trying to eliminate or at least reduce uncertainty. For instance, when playing against a Gardevoir-GX deck in a metagame with very little Item lock, there is zero reason to assume your opponent is not at least running three or four copies of Rare Candy to speed up their Evolution. Here, your savviness about the opponent running 3-4 Rare Candy is informed not only by your familiarity with the metagame, but of deck building in general. In your eyes, it’s not luck your opponent got out that turn two Gardevoir-GX, but an absolute likelihood.

2. If you can’t stay out of the unknown, look to the reason why something is unknown.  I’ll categorize this depending on how much of it is their choice:

*Not the opponent’s choice at all: These are the decisions which your opponent is virtually 100% unable to control. With a few exceptions and probability manipulations, your opponent has little control over the cards in their opening hand. In turn, you don’t have a control over these situations either –  just do your best and play the odds. If your Opponent needs two cards to win, you N them to one, and then they miraculously draw into both cards they need…well, it happens.

In these spots I prefer to balance the benefits of what I could achieve with my own choices with the risks of the whole universe of outcomes on their side. So regardless of what their best starting Pokemon may be, you’d likewise prefer to start with your ideal one if you can; and but for the luckiest coin flips possible, you should still feel okay leading with your best attacker.

*Entirely their choice: we will end this article with the situations where your opponent has orchestrated a situation which is technically unclear to you, but should be absolutely clear from their own perspective. While oftentimes you may have fallen so far behind nothing you do matters, in many more situations, you can actually turn these spots into advantages.

We’ll use Sylveon-GX as an example, a card which searches your Deck for any three cards with its Magical Ribbon Attack:

When your opponent runs Sylveon-GX, they’re going to use Magical Ribbon a lot because it’s a great Attack. After all, who wouldn’t want to search their deck for three cards each turn? But in this great strength lies a subtle weakness: You know whatever they’re getting is probably really, really amazing, and can use that fact against them.

I said  advantage because playing cards like N suddenly become much more intelligent choices. Even when your Opponent has a five or four-card hand, the decision to N early game is suddenly way safer and optimal because you’d rather starve them of what’s presumably a perfect set of cards. That way, you’ll see more screens against Gardevoir/Sylveon that look like this:

Thanks again for checking out the blog, especially with this new series! Let me know if you like it, and if the feedback is good enough I’ll do more of these.