Well gang, we thought we had multiple “definitive” articles or series on game state errors and cheating, yet here we are again: another article about…game state errors and/or cheating! However, let’s look at something new. Let’s look at how we as a competitive community should react to news about these instances in a mature, fair way.

Outside our tiny universe there have been some big news stories lately. Stories about people – powerful, famous, important people – who abused their status to hurt others. Many of these people are guilty as sin, but quite a few aren’t. And then murkier still are the situations where people pile on, resulting in a mix of honest and dishonest accusers.

Part of why news coverage is so dumb is because news channels don’t respect us – they think we’re not open to complicated ways of thinking. There’s some truth in this when you look at the way people react to stories about the abusers. On one side you’ll find a crowd  who will always believe the powerful and the famous, and on the other side you’ll find a crowd always giving a blank check to the accusers.

Sound familiar? That’s because a huge number of our players view publicized and taped instances of game state errors in a similar, black-and-white light. Whether it’s a recent post on the Virbank City Facebook group, or a flood of hateful comments on a YouTube video, you’ll see the loudest, most simple voices shaping the arguments in the most simplistic terms. If you don’t read “ANYONE WHO DOES X IS A CHEATER,” you’ll read “HE CAN’T POSSIBLY CHEAT HE’S TOO GOOD TO CHEAT!!!” While our problems as Pokémon players are unimportant compared to the problems in these news stories, it’s helpful to compare the two. 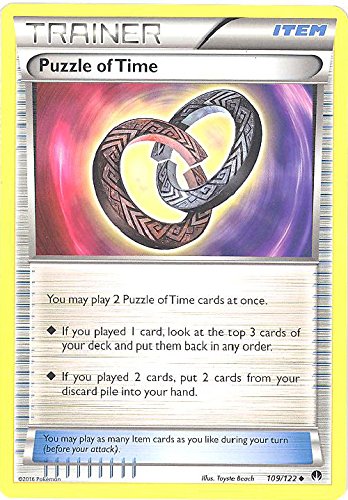 An Approach to Allegations: The Puzzle of our Time

A long time before any of this stuff occurred, I wrote a law school paper about false allegations. I learned a lot, but perhaps the most important thing I learned is that there is a balance between believing the accused and the accuser. That balance is not rushing to judgment, but if you know no one and just heard this accusation blindly thrown around, the only thing you really can do is simply choose not to disbelieve anyone. Here are the main points behind it:

1. If we don’t have the full story, you can’t really rush to throw someone under the bus. Respect both sides at least until you have enough information to make a solid judgment call. For example, don’t automatically assume a player baited their opponent when said opponent accidentally shuffles their hand back into the deck upon seeing an N. For all we know, the player using the N might have been painfully clear about their actions…and yet the opponent shuffled anyways!

2. You have none of the helpful information that would educate you about the people involved. Is one of these guys your best friend, and in all your experience having played locally would proactively call out any game play errors on himself? That sort of “good character” evidence is quite a bit easier to let you make a positive judgment than if you know nothing about the person.

3. Therefore, be open to the possibility that either side is right; choose not to disbelieve accusers and accused alike. That doesn’t mean jump to conclusions either! If you move too quickly to accuse someone innocent, you could be wrong and hurt their good character; if you rush to defend someone you don’t know for dumb reasons like “he seems like a nice guy” or “he’s so good”…just wait and see.

1. You don’t have to form your personal opinion based on an overly high standard of proof. In the United States, we have a pretty high bar to convict someone of a crime, reasonable doubt, which more or less means reasonable people have good reasons to think a defendant might not have done something.  The standard is high because convicted criminals lose a bunch of basic rights – and sometimes they go to jail!  When talking about cheaters in a card game, the stakes are lower, meaning you really don’t have to  go crazy shouting “INNOCENT UNTIL PROVEN GUILTY!” when you see someone stack their deck – they’re not in a court of law and if you really know they stacked their deck, it’s fine to call it out.

(The challenge is being aware enough to know your opponent DID stack, but that’s a whole separate matter.)

2. Just because you’ve formed an opinion with a normal standard doesn’t mean you should share it. Consider this a “do as I say, not as I do” piece of advice, because lord knows I’ve shared my opinion when I shouldn’t have! Either way, we will all come to instant, knee-jerk reactions the moment we see a player do something stupid on stream, or read an accusation about them online.  If you don’t like that person or don’t know that person, you might be quick to pounce on them, but if you’re friends with that person, you may act in an immature, maybe even abusive way to the accusers. Neither is good: Innocent but sloppy people will be attributed bad intentions when it’s easier to attribute nerves/fatigue/dumb playing ; and guilty people will be protected by a wall of friends, and demonize accusers with fair arguments. I may be a very flawed messenger, but even I know sometimes you should hold your tongue. 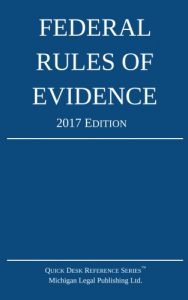 3. When making a personal determination of a player’s honest mistakes or dishonest play, it’s fair to factor in all evidence – something even many judges don’t do. “Evidence” makes anything more or less likely, and while in law some evidence isn’t allowed, I would think in the wild west of Pokémon, the only disallowed evidence are irrelevant things.

To close us out, here is a long list of what I consider to be fair pieces of evidence as a casual observer to determine if a streamed player’s mistake was honest or dishonest. It’s a whole other topic for what JUDGES should use, so let’s see if there’s enough overlap!

***Examples of good evidence: Frequency of the mistake; circumstances of the mistake; person’s habits; previous admissions online; previous admissions in person; whether the person admitted to or was punished for cheating; if they have cheated, how long ago they cheated; whether the person proactively catches and calls judges on their own mistakes; how they handle game play errors generally

***Examples of irrelevant or unfair/prejudicial things: Popularity; bad acts out of Pokémon other than fraud convictions; whether they have political beliefs differing from my own

The EUIC cheating allegations were rough, and I can only imagine they’ll get rougher as the season progresses. Players are mad about cheaters, and will be mad at Play! Pokémon if they don’t do anything about cheaters. Nevertheless, everyone involved -Play! Pokémon, judges, and us as members of the community – have responsibility to make careful determinations about how we air those determinations online.

1 thought on “Social Saturdays: An Approach to a Puzzling Problem”